All the information clients want about their investment accounts, at their fingertips. Easy Peasy.

Olympia Trust Company (OTC) is a non-deposit taking trust company that provides self-directed investment accounts to Canadians. Based in Calgary, Alberta, the Olympia Financial Group subsidiary began operations in 1996, and also offers foreign exchange and other trustee services to its large customer base. 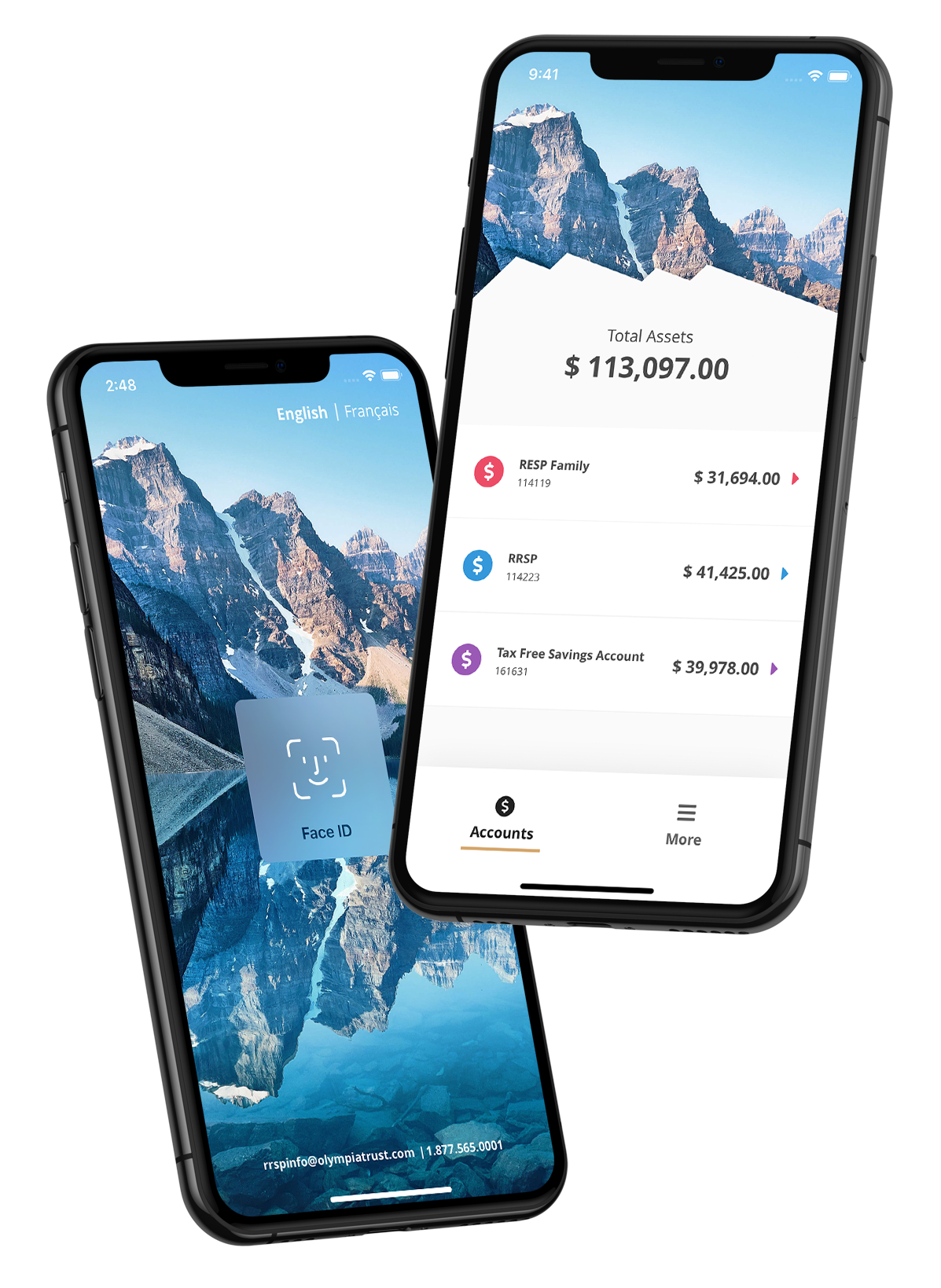 In 2020, Canadians opened 2.3 million self-directed investment accounts, three times the number in 2019¹. The number for these DIY accounts is only expected to grow in the post-pandemic world as investors take matters into their own hands.

The industry is also growing at a time when technology is making banking and finance-related services ever more accessible, whether it is online banking or getting a mortgage.

Olympia wanted to make it easier for its clients to access their accounts, make online transactions and payments, among other things.

The OTC Online portal and app did exactly that and much more. With secure online infrastructure, integration with payment solutions, intuitive UX/UI and a range of convenient features, the solution provided another efficient and functional touchpoint between clients and the company. 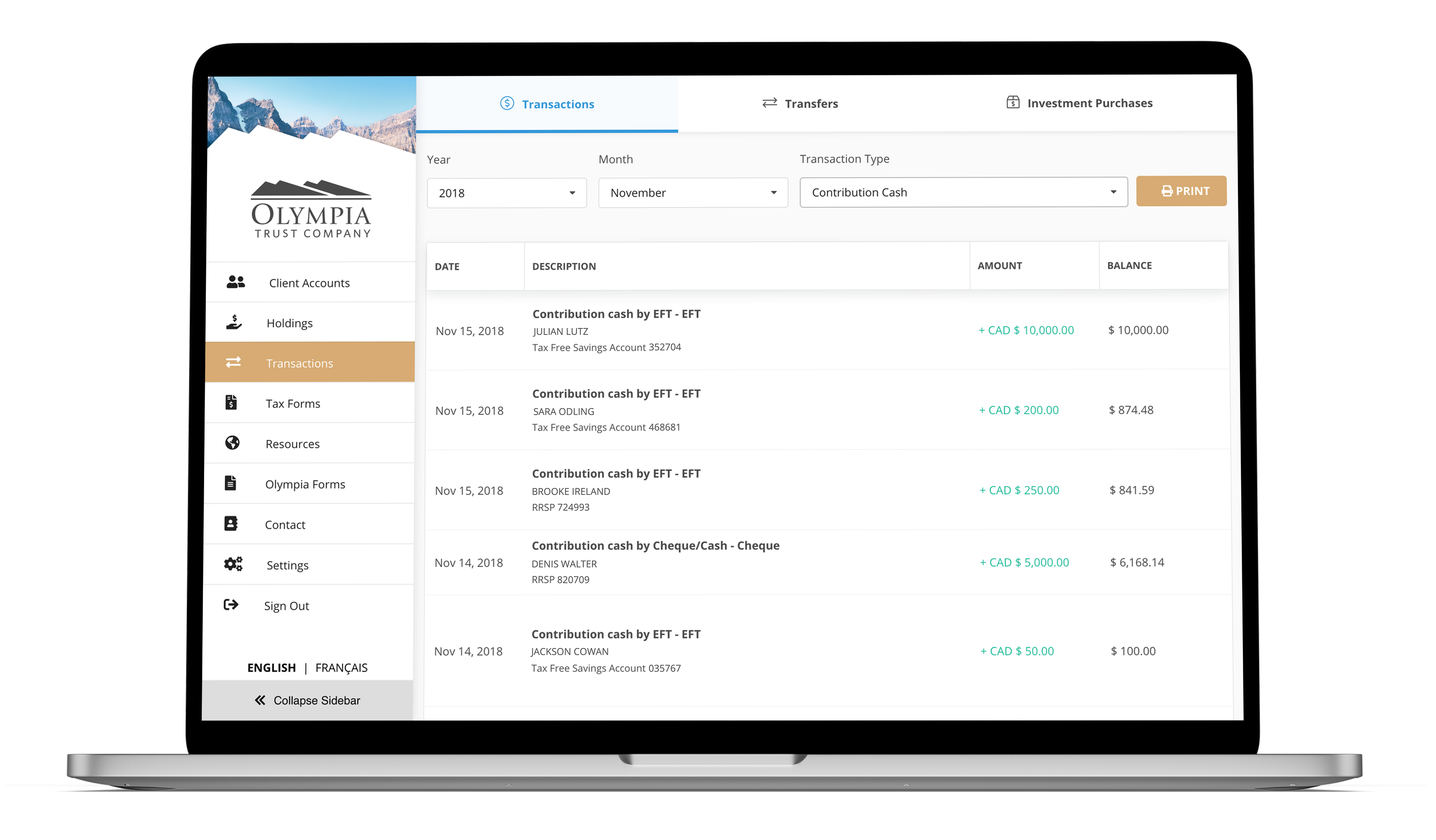 Taking Olympia online and into the future

According to an April 2021 survey of self-directed investors by Ontario Securities Commission, a quarter of the respondents were below the age of 34².

As many as 25 percent of the respondents signed into their online accounts daily, while 28 percent did so weekly³. Aren't we all curious about our money?

According to another 2020 study, 46 percent of self-directed investors expressed dissatisfaction with their investment firm's web portals⁴.

Referral rates for investment firms among satisfied investors is as high as 59 percent⁵, according to some estimates. As the average age of investors decreases, technological touchpoints are only expected to boost these metrics.

Olympia Trust Company had good reasons to seek an online portal and a mobile app to simplify the experience for its large customer base. 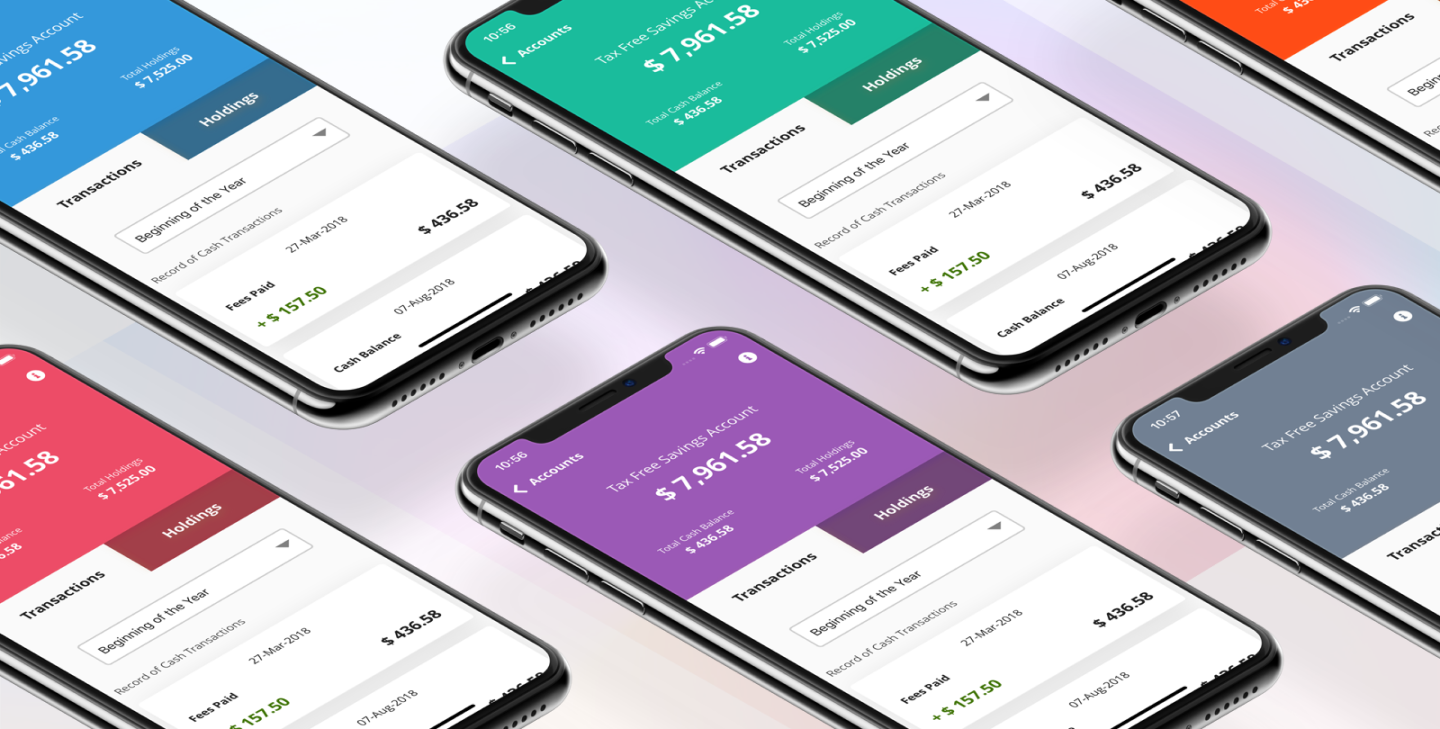 OTC wanted a professional, user-friendly, client-facing web portal and a corresponding mobile app to make it simpler for clients to access account-specific information, and undertake some of the more straightforward tasks and transactions. The portal and the app had to integrate well with OTC’s proprietary backend as part of a secure infrastructure.

They wanted a company that came in, understood their business, and built them a solution. The approach was very different from the big builds, especially in the financial industry. We came in with the mindsets of their clients, figured what was important to them, and built from there. 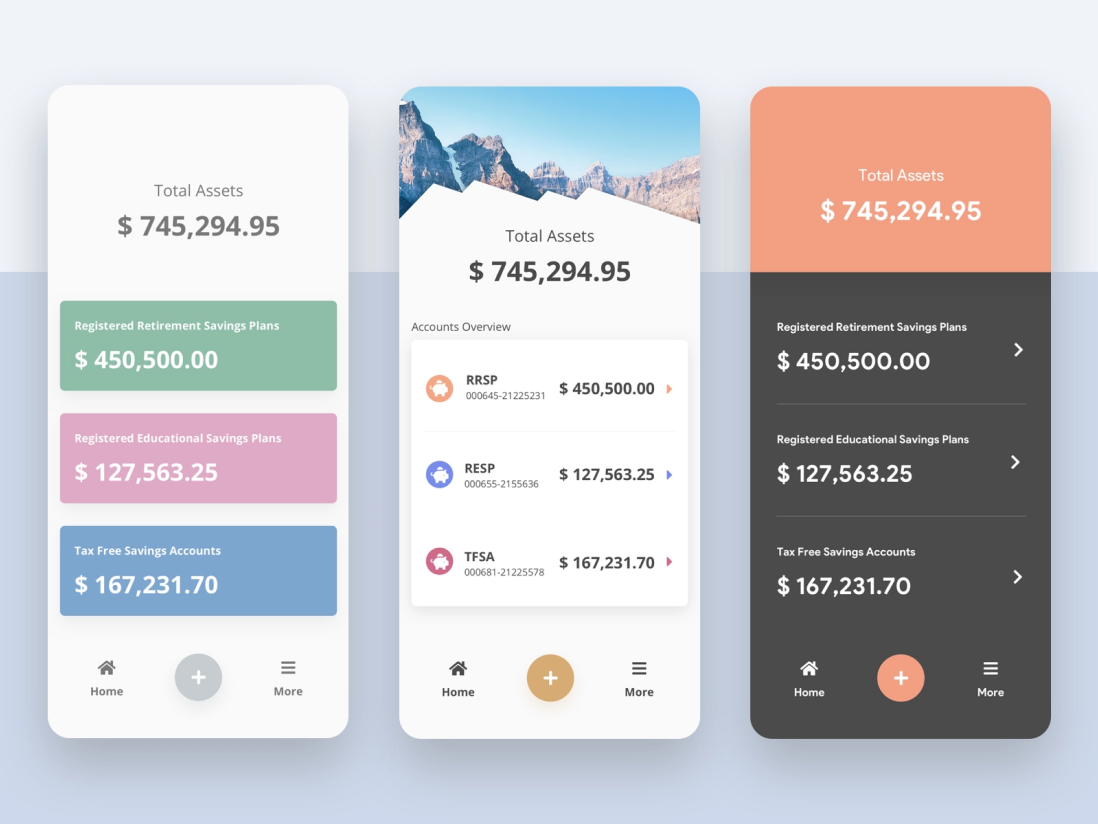 The rules of the game

Given the regulatory requirements and OTC's desire to handle the data internally, the backend was handled by their IT development team. It also meant that Launchcode had to frequently coordinate with the team for APIs, testing, etc.

With the solutions also integrating payment capabilities, it was one well-rounded all-powerful application that worked across demographics and diverse technological capabilities. 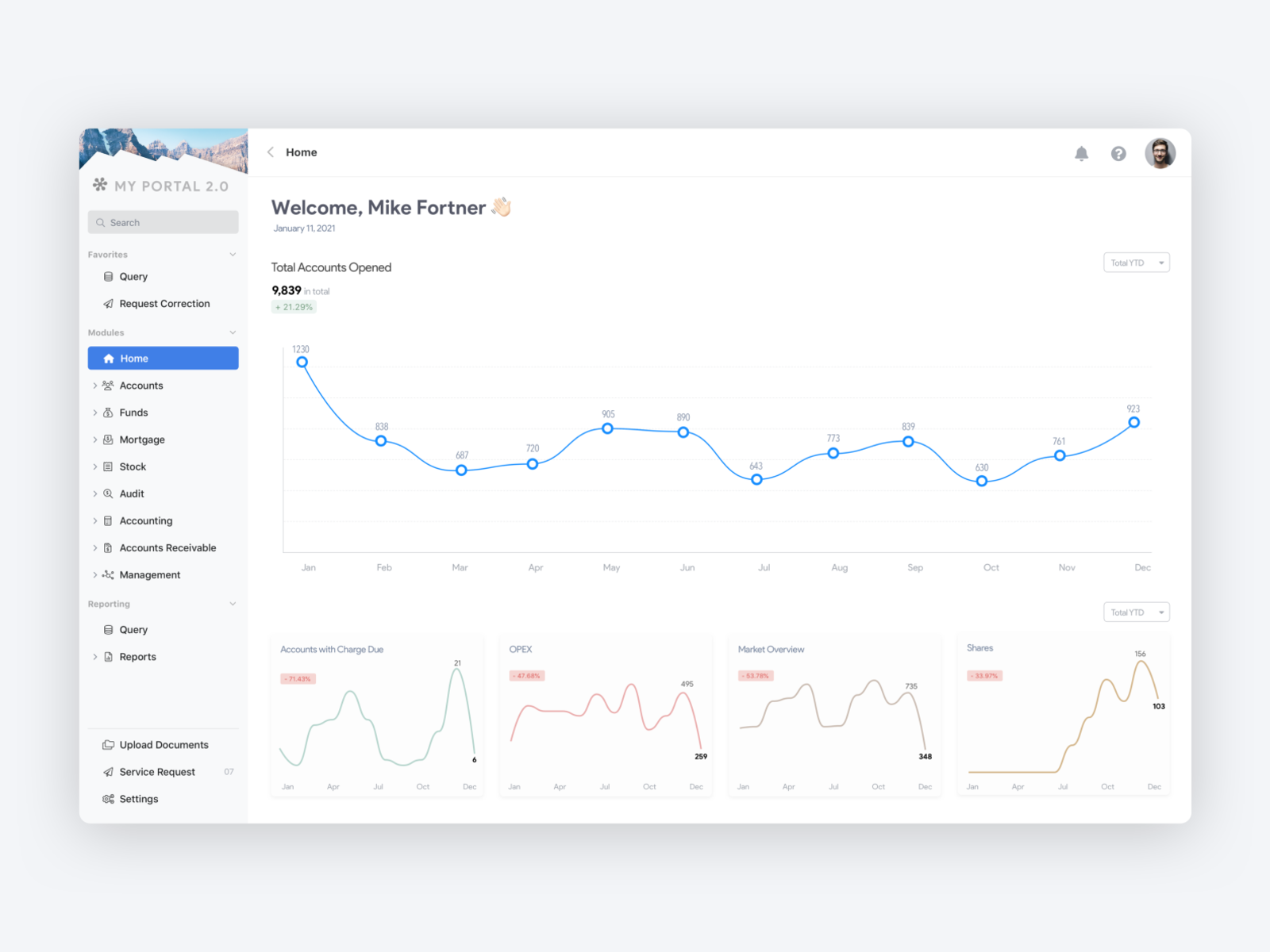 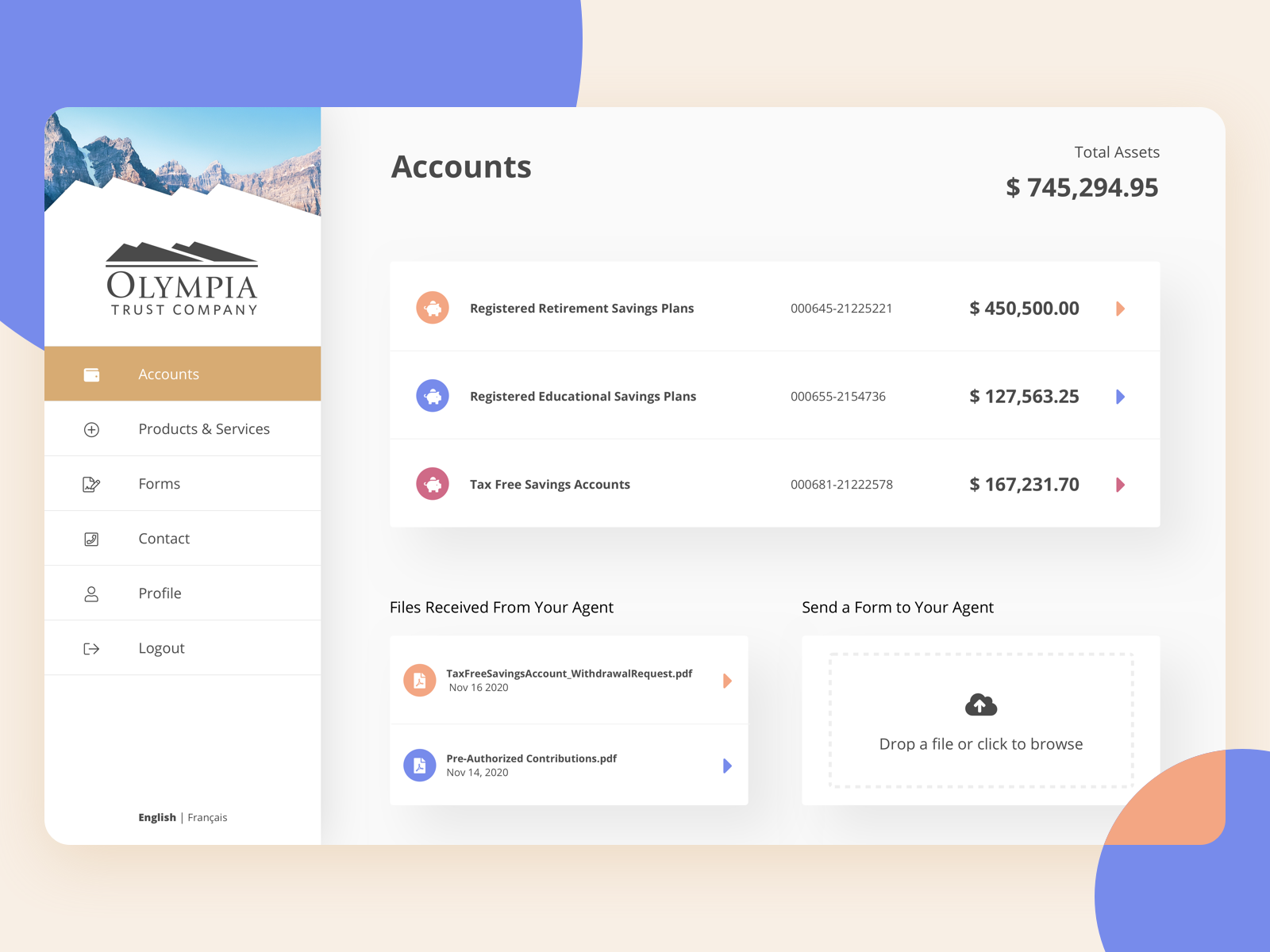 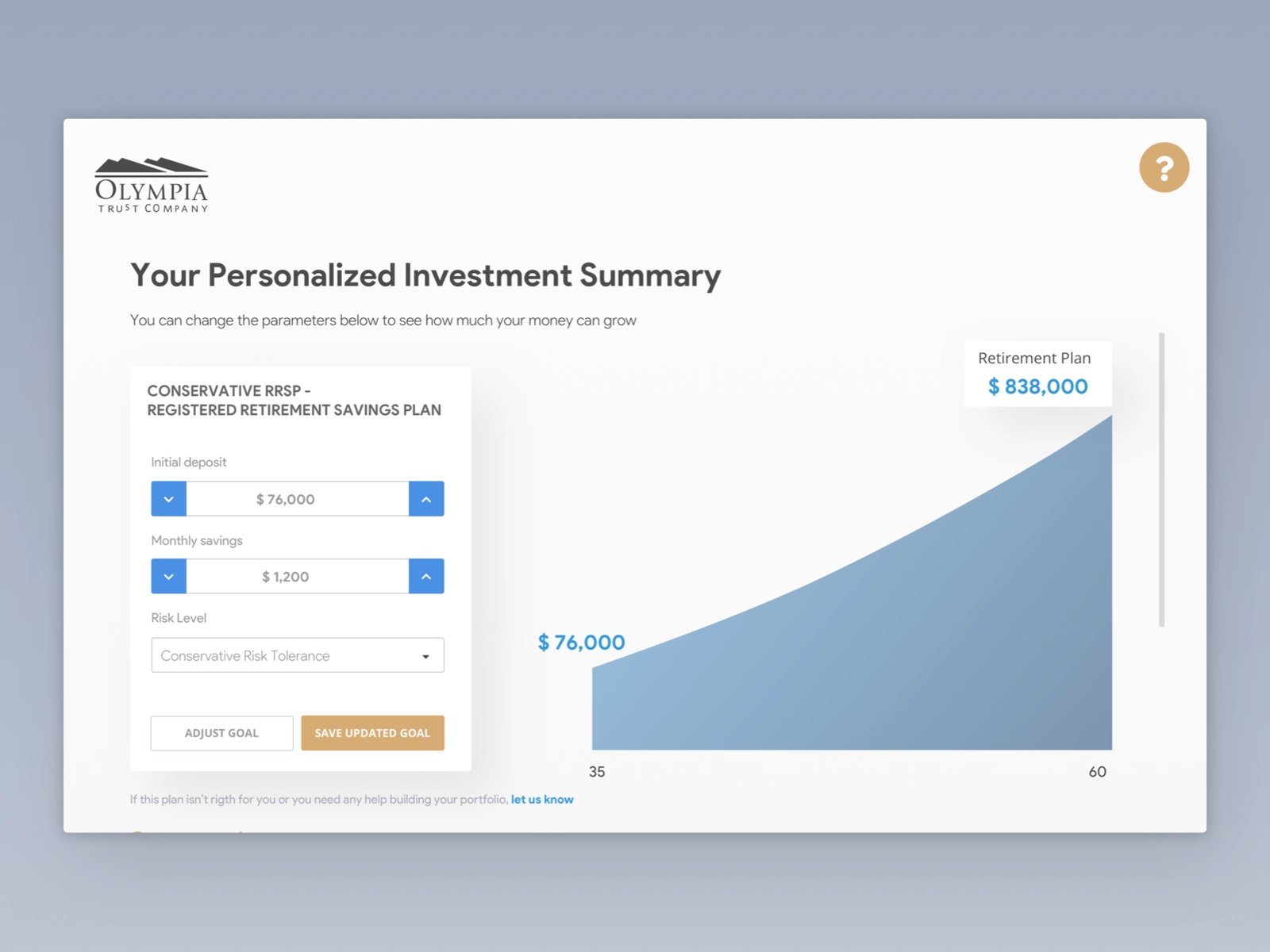 Early Spring of 2018, Launchcode wowed OTC decision-makers with an impressive mock-up as part of a proposal. Clean interface, convenient features and a robust understanding of the task at hand won it for Launchcode.

Follow-up involved understanding OTC's proprietary backend, their already existing app, its capabilities, dependencies on the client's in-house IT team, and the goals behind the whole project.

As a development company, Launchcode focuses on accomplishing the client's vision. That holistic process involves understanding what's important to the client and to their customer base.

The first step involved a deep dive into the business model, the services offered, the data the company held, etc.

The user journey for the mobile app had to ensure customers had access to numbers they were looking for as intuitively and as quickly as possible.

In the already existing app, calculations for a lot of these numbers were done at every instance of showing, involving the system reaching out to the backend at each instance, making the process much slower. While the process would have still worked for a single client, it would only overload the system to repeat the process for thousands of clients, and brokers with many more clients in real time.

Launchcode developers incorporated a cache system at the frontend to make the process faster.

While users interacted with the app, the solution reached out to the backend again for the most commonly asked-for transactions to have the information ready.

Payment integration made it possible for customers to add funds to their accounts, pay fees, among other things, cutting down a lot of paperwork on OTC's part.

Multiple sprints turned into phases, and newer features found their way to the web portal and the app. 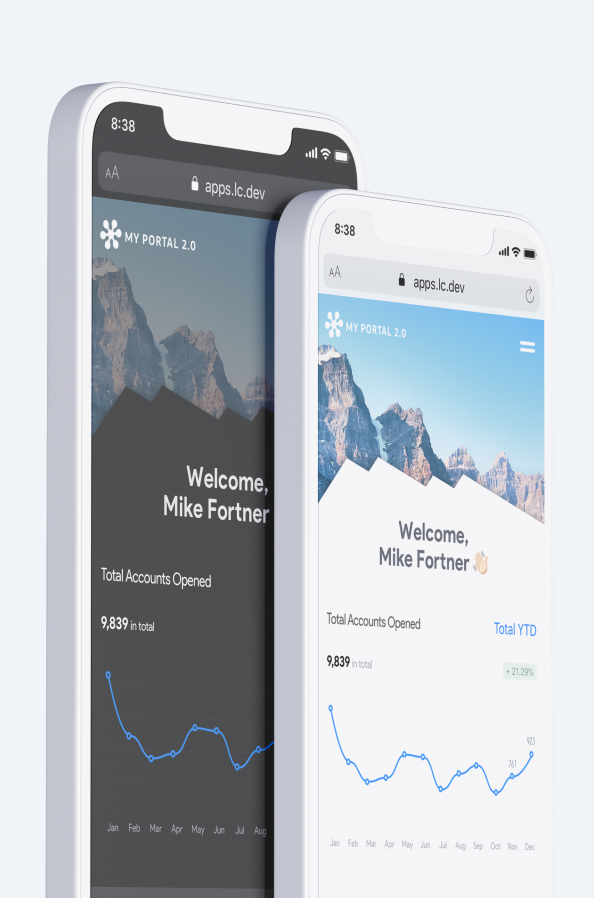 What you see is what you get

For most out there, finance and financial information can be quite daunting. The least any organization in the financial industry can do is simplify these complex matters for its clients. This would mean that various touchpoints must be cohesive, work seamlessly, and be user-friendly for an audience of wide technological capabilities.

Keeping that in mind, visual cues, including color coding and icons, were incorporated to identify the various accounts a user may have.

Striking a balance between presenting information for experts and novices alike was key.

Taking all the user experience over to the web portal, which lent users the benefit of larger screens in most cases, and more features and functionalities, was part of successive phases.

Everything from brand identity to color schemes, and functionality had to be consistent between the app and the portal.

Multiple interfaces were created and tested before one was chosen.

A financial security solution that is efficient and easy-to-use

After the positive response to the mock-ups at the proposal stage, it was important for Launchcode to build on those expectations. And that's indeed what happened.

With the payment integration in the app and the web portal, client deposits and fee payments exponentially increased.

The app has excellent ratings on both the Play Store and the App Store, with thousands of installs among the customers, indicating strong adoption. 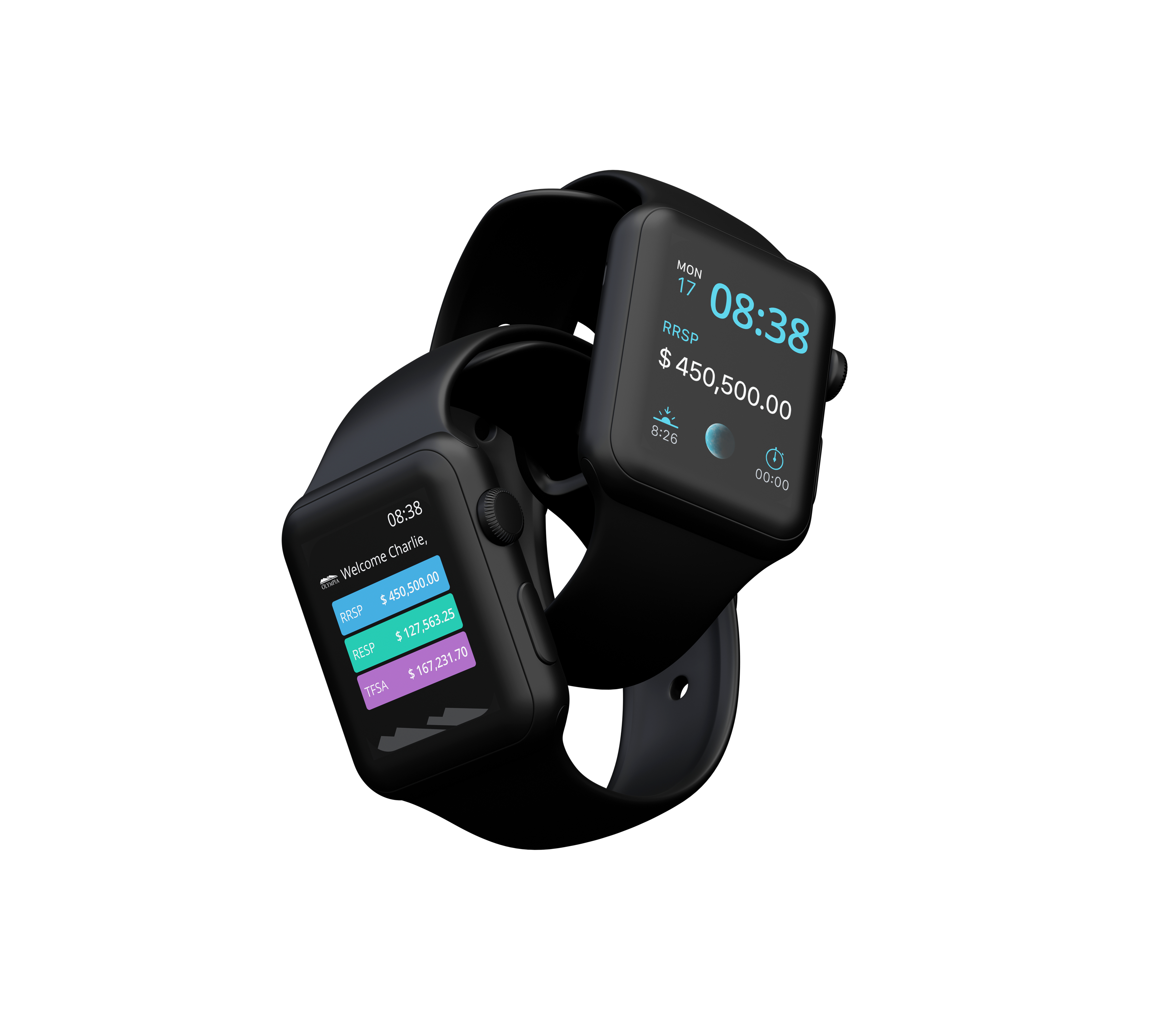 Olympia Trust Company had dabbled with creating a solution internally but were some way off from what their vision was.

In Launchcode, OTC appreciated a solution provider that was focused on understanding their business, what they need, what their customers want, work with their internal team, and create an easy-to-use high-performing app with a premium look and feel.

An open communication through bi-weekly Sprints was appreciated as much as the performance of the solution.

The quality of the work is exceptional. The software has created more efficiency internally, so we don’t have to process any paperwork. What they produced exceeded my expectations. They wanted us to be happy with the project, so they came to us with solutions that we needed.

Innovation does not rest

Given that Launchcode developers did not have control over the entire build of the solution, the team did well to ensure transparent and open communication with the stakeholders.

The relationship has grown from a project-based one to a continuous one that frequently sees collaboration on adding new features, besides maintenance and support.

A smart tool that simplifies complex datasets into a powerful learning repository empowering organizations to lead the growth of their industry.

Monitoring Platform is an ecosystem that allows users of all levels of the organization to have access to realtime data. Facilitating informed, proactive decisions to improve operational efficiencies.

A smart tool that simplifies complex datasets into a powerful learning repository empowering organizations to lead the growth of their industry.

Monitoring Platform is an ecosystem that allows users of all levels of the organization to have access to realtime data. Facilitating informed, proactive decisions to improve operational efficiencies.

View project
Back to top ⇮